RUMC has set up a Community & Faith during Social Distancing page

If you are self-isolating due to COVID-19 and require assistance or want to help, go to this: LINK

Even In Crisis Times, There Is A Push To Wire Rural America

Facebook is rolling out a video-call competitor to Zoom, aimed at groups of up to 50 people
Read article

Only You by the Platters

(submitted by Allen Buckley)
Posted by Doug Tatom at 1:50 PM No comments:

The Lyrids is an average shower, usually producing about 20 meteors per hour at its peak. It is produced by dust particles left behind by comet C/1861 G1 Thatcher, which was discovered in 1861. The shower runs annually from April 16-25. It peaks this year on the night of the night of the 21st and morning of the 22nd. These meteors can sometimes produce bright dust trails that last for several seconds. The nearly new moon will ensure dark skies for what should be a good show this year. Best viewing will be from a dark location after midnight. Meteors will radiate from the constellation Lyra, but can appear anywhere in the sky. Read article

The Siberian Times website reported that when the Krasnoyarsk Royev Ruchey Nature Park went into quarantine on 25 March, the chimpanzee twins Tikhon and Anfisa showed signs of depression within days. Read article


What makes a good life? Lessons from the longest study on happiness

according to psychiatrist Robert Waldinger, As the director of a 75-year-old study on adult development, Waldinger has unprecedented access to data on true happiness and satisfaction. In this talk, he shares three important lessons learned from the study as well as some practical, old-as-the-hills wisdom on how to build a fulfilling, long life.

Frank Sinatra considered Kate Smith  the best singer of her time, and said that when he and a million other guys first heard her sing "God Bless America" on the radio, they all pretended to have dust in their eyes as they wiped away a tear or two.

Here are the facts; The link at the bottom will take you to a video showing the very first public singing of "God Bless America". But before you watch it you should know the story behind the first public showing of the song.

The time was 1940. America was still in a terrible economic depression. Hitler was taking over Europe and Americans were afraid we'd have to go to war. It was a time of hardship and worry for most Americans.

This was the era just before TV when radio shows were HUGE and American families sat around their radios in the evenings, listening to their favorite entertainers and no entertainer of that era was bigger than Kate Smith.

Kate was also large; plus size, as we now say, and the popular phrase still used today is in deference to her; "It ain't over till the fat lady sings."

Kate Smith might not have made it big in the age of TV but with her voice coming over the radio, she was the biggest star of her time.

Kate was also patriotic. It hurt her to see Americans so depressed and afraid of what the next day would bring. She had hope for America, and faith in her fellow Americans. She wanted to do something to cheer them up, so she went to the famous American song-writer Irving Berlin (who also wrote White Christmas) and asked him to write a song that would make Americans feel good again about their country. When she described what she was looking for, he said he had just the song for her. He went to his files and found a song that

he had written but never published, 22 years before - in 1917. He gave it to her and she worked on it with her studio orchestra. She and Irving Berlin were not sure how the song would be received by the public, but both agreed they would not take any profits from God Bless America. Any profits would go to the Boy Scouts of America . Over the years, the Boy Scouts have received millions of dollars in royalties from this song.

This video starts out with Kate Smith coming into the radio studio with the orchestra and an audience. She introduces the new song for the very first time and starts singing. After the first couple verses, with her voice in the background, scenes are shown from the 1940 movie, You're In The Army Now. At the 4:20 mark of the video you see a young actor in the movie, sitting in an office, reading a paper; it's Ronald Reagan.

To this day, God Bless America stirs our patriotic feelings and pride in our country. Back in 1940, when Kate Smith went looking for a song to raise the spirits of her fellow Americans, I doubt whether she realized just how successful the results would be for her fellow Americans during those years of hardship and worry...and for many generations of Americans to follow.

Thanks Brenda, for the great article and video!

Regina Brett's 45 life lessons and 5 to grow on

Originally published in The Plain Dealer on Sunday, May 28, 2006
To celebrate growing older, she once wrote the 45 lessons life taught her. Read article
(Submitted by John Phelps)

7 Brilliant Ways to Use Leftover Coffee and Coffee Grounds

Posted by Doug Tatom at 3:15 PM No comments: 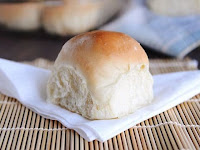 Baking our way through survival


Beyond providing catharsis and sustenance, breadmaking is also an optimistic endeavor Read article


North Georgia Conference
Reading Luke and Acts in 2020
Jesus challenges his disciples, beyond mere talk, to have a heart for God and unexpected action. Luke 16 encourages us to live God’s Kingdom-way-of-life today. Read article

Posted by Doug Tatom at 3:32 PM No comments:

Greetings from Home. I hope everyone is staying home, and staying safe!

I have uploaded CUC's Easter Sunday Meeting to YouTube, in case you missed it or want to re-watch it.
It was wonderful to have Dr. Jim McCormick present our class lesson this Easter!

Garlinn & Mike Story sent a great video to Dave Roberts, I would like to share that video:

Subscribe to my personal blog - Doug's Tips (add your email address in the email box - top, right side of the page)

Posted by Doug Tatom at 7:19 PM No comments:

What Submarine Crews and Astronauts Can Teach Us About Isolation
The effects of Isolation, and some things we can do to minimize the effects. Read article

Andrea Bocelli Will Offer His Easter Concert For Free On YouTube

On Sunday, renowned Italian tenor Andrea Bocelli will perform a solo concert at the Cathedral of Milan. It will be live streamed on YouTube, but there will be no audience in the church. Read article

Severe Weather Outbreak Is Likely in the South This Weekend, Including Threat of Strong Tornadoes, Damaging Wind & HailA dangerous severe weather outbreak is likely across a large part of the South over Easter weekend, including threats of tornadoes, widespread damaging winds, very large hail and flooding rain.
Read article

Hope Roswell started a virtual tip jar, where donors can send funds by Venmo or PayPal to restaurant workers. Brenda Orlans and Hope Roswell, a network of local churches that support people in need, started the campaign. Read article

We All Could Use a Freezer Filled With Meatballs

If you think meatballs are fussy to make, you probably haven't baked them. Read article

John Prine was a friend

I would like to think of John Prine as a friend of mine. I first saw him in a small venue club in Dallas, TX in the early 1970's. He had just started his singing/songwriting career, that lasted for 50 years. He had a turn of phrase that could bring a smile and a sympathetic ear to his song's subject. I miss you already John.
Cause of death: Coronavirus disease
Date of death: April 7, 2020
Place of death: Vanderbilt University Medical Center, Nashville, TN

Posted by Doug Tatom at 1:39 PM No comments:

Beverly and I are slowly adjusting to the COVID-19 outbreak. I'm listening to more Podcasts* and helping Beverly with home projects that we need to catch up on.

I would like to pass along some things I have found on the Internet:

Of course we can make phone calls and text family and friends, but what are some easy ways to call Multiple people? Here's three easy methods to Connect to more than one person at a time.

I will keep this post short. So, that's all for now 😄
Please feel free to Contact me (Doug Tatom) with any suggestions..

To see this post on my personal blog ⇩⇩ 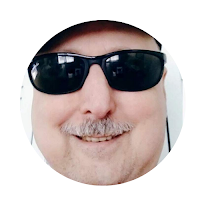 *if you have any questions please give me a call  😄